50 Years of Training and Collaboration for Keeping the Peace

The Finnish crisis management training that originated from the needs of the United Nations’ peacekeeping activities has, in 50 years, evolved into highly networked and acclaimed comprehensive crisis management expertise, represented by the Finnish Defence Forces International Centre and its partners. As a trainer of command and expert personnel FINCENT both cherishes the traditions of the Finnish UN Training Centre as well as looks to the future in the ever-changing field of crisis management.

The Finnish Defence Forces International Centre, FINCENT, celebrating its 50th anniversary, is one of the world’s leading providers of education and training for crisis management personnel. FINCENT collaborates with the UN, NATO, European Union and African Union and the Centre’s cooperation network stretches across the globe. FINCENT’s work in maintaining and developing high-quality crisis management training for command and expert personnel has been awarded with four certificates.

In Finland, the core of cooperation is based on the activities of the Finnish Centre of Expertise in Comprehensive Crisis Management jointly founded by FINCENT and Crises Management Centre Finland in 2008. The Centre of Expertise focuses specifically on the development of competency in the field of civil-military cooperation, which reflects the wide range of requirements set by crisis management and peacekeeping today.

In 2018, the Police University College joined the cooperation carried out by the Centre bringing its perspective into crises management. In 50 years, FINCENT has come a long way, and the perspectives of crisis management including the means available have become far wider. The key objective of the activities, however, remains the same: keeping the peace. 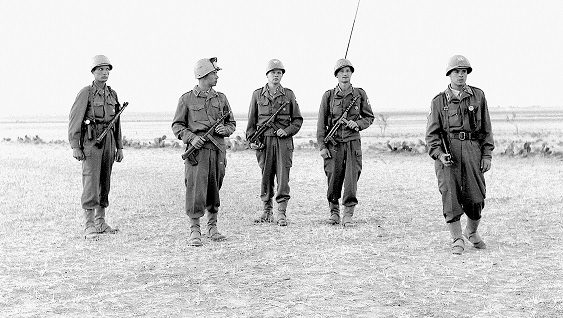 A night patrol returning to the base (Gaza, Israel). Picture credit Jorma Reinimaa.

Finland started to participate in UN peacekeeping activities in 1956, a date when Finland deployed a company-size contingent to Suez, Egypt on a peacekeeping operation. This operation involved keeping peace in the aftermath of the Suez crisis: the UN had the objective of ensuring the peaceful withdrawal of British and French contingents from Egypt preventing the re-escalation of the crisis into violence. Finland composed a company with volunteers in a tight timeframe and deployed it to the target area after only a few weeks of training.

All the volunteers had already done their military service, and a group of open-minded young men driven by a will to support the work of the UN and see the world was selected for the deployment. The Operation took the Finns first to Port Said on the Suez Canal. Next postings soon followed on the Sinai Peninsula, as well as the Gaza strip where the task was to maintain peace between Egypt and Israel. Additionally, three Finnish officers were posted as military observers on the Israel-Syria frontier. The Finns completed their first operation successfully, even if the volunteers who had received their conscript training "in- the- middle -of- the- forest" were tossed in a desert in an environment totally strange to them, tasked with the responsibility of safeguarding the peace in a strange cultural environment in a volatile situation. The Finnish Company 1-2 of the UN Peacekeeping Force became justifiably the Finnish Defence Forces International Centre’s Heritage Unit.

Finnish peacekeeping activities started to become established as a part of Finland’s active policy of neutrality during the Cold War. Following a request by the UN, Finland had deployed a peacekeeping battalion in Cyprus in 1964, and due to the duration of the operation, a need arose for the provision of actual peacekeeping training. The formation of a contingent for the UN operation gave a final push for the establishment of a United Nations Training Centre; the Centre was founded in 1969 in Niinisalo under the Satakunta Artillery Regiment.

It was the world’s first training centre for UN peacekeepers. This marked the beginning of the Finnish Defence Forces International Centre, FINCENT, and ever since it has developed and maintained the high standards of peacekeeping training evolving into a model in peacekeeper training whose operating models have spread across the world.

The training of the contingents started immediately departing from the idea that a battalion to be trained could be deployed to the target area for monitoring duties at very short notice indeed. In a short period of time, a system was created that ensured a sufficient number of personnel to be deployed on rotations in Cyprus. The troops were provided with actual peacekeeping training in the target area, in cooperation with the Training Centre based in Niinisalo.

Other than the training, the operation in Cyprus also helped the Finns gain a great deal of experience of interacting with peacekeeping forces representing different nationalities, thus laying a foundation for future cooperation and networking. This experience was soon to be put into use in the peacekeeping operation following the Yom Kippur War in 1973. Finns made an important contribution serving in this operation. The international reputation gained by Finland gave a boost for developing the United Nations Training Centre back home, too.

In 1965, Sweden was the first Nordic country to start organizing military observer courses, but as early as in 1968, one of the two annually organized courses started to be held in Niinisalo, Finland. This represented an opportunity for Finland to join the Nordic UN training system. Organizing parallel observer courses in Finland and Sweden created healthy competition between these two countries, which was beneficial for the trainees as well.

Most of the contents of the course held in Finland were in line with what was agreed by the Nordic countries. However, due to limited resources, the execution of the first course held in Finland fell somewhat short of the set requirements. In 1970, the Niinisalo UN Training Centre organized its first own observer course. The contents of the programme of the Nordic military observer training course proven relevant and valid were largely kept the same up until 1995. Overall responsibility for the Nordic observer training was handed over to Niinisalo in 1982, so, consequently, Finland came to organize two annual courses. Today, the United Nations Military Experts on Mission, or UNMEM, is considered FINCENT’s flagship course, and the two annual courses attract a large number of highly motivated participants each year.

The increase in the activities carried out at the UN Training Centre also called for more space. In the 1980s, several construction projects were carried out in the Niinisalo Garrison area to enlarge the Training Centre, including a course hotel to provide accommodation for students. The activities of the Centre kept being developed, and within the Defence Forces, it became a forerunner in the use of IT equipment.

By 1982, when a contingent was deployed to Lebanon on the UNIFIL operation, training and equipping troops had become a routine for the UN Training Centre. Deploying troops to Namibia in 1988, was however, met with a few challenges, but this was mainly due to reasons higher up in the UN. Until then, the UN Training Centre had only trained peacekeepers for the conditions in the Middle-East, but based on the feedback, the specifically African way of doing things had taught the Centre a great deal for future operations. 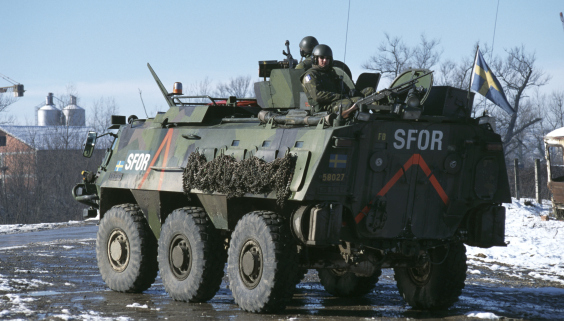 End of the Cold War and changes to Finnish peacekeeping operations

Conflicts that emerged following the end of the Cold War imposed new requirements on peacekeeping and crisis management. The nature of peacekeeping changed completely as conflicts no longer involved distinct parties to be kept apart by impartial peacekeepers. Conflicts changed as a result of terrorism and the rise of extremist movements. There was a shift from traditional peacekeeping towards crisis management which was more multi-dimensional, and more challenging.

The Bosnia Herzegovina After the wars that led to the breakup of Yugolavia, Bosnia and Herzegovina became the most important operational environment for Finland in the 1990s as far as peacekeeping was concerned. Starting from 1999, Finnish crisis management personnel deployed in Operation KFOR in Kosovo. The breakup of the Soviet Union had opened up more opportunities for Finland to become involved in international activities, and for FINCENT, Finland’s EU membership and participation in NATO’s Partnership for Peace cooperation became important international cooperation opportunities.

Niinisalo started to provide peacekeeping training for women in 1991. Back then, military training was not available for women in Finland, so women were assigned to non-armed tasks because of this restriction. However, training women for UN operations paved the way for women’s voluntary military service to be adopted in Finland in 1995.

FINCENT moved from Niinisalo to Tuusula in the vicinity of the Helsinki metropolitan area in 2008. At the same time, FINCENT gave up responsibility for crisis management command, rotation training and logistics, with focus shifting to the provision of training for
command and expert personnel, including development of the training. 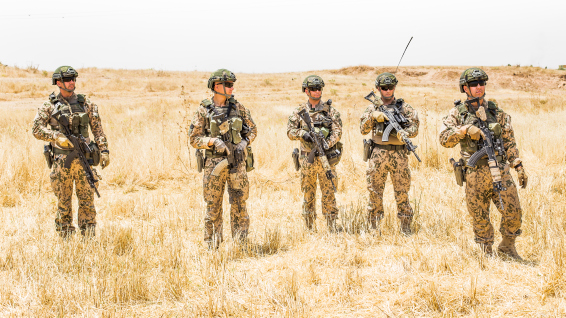 Following the lead of its successful history, the fifty-year old Finnish Defence Forces International Centre continues the high-quality implementation of crisis management education and training, and the active development of the training in cooperation with its constantly expanding cooperation network. FINCENT’s active networking, research and publication activities, as well as its monitoring of crisis management development will ensure that it will count as one of the world’s highest-quality crisis management education and training providers in the future as well.