Kati Parppei is the second main speaker of the Russia Seminar, which is held in Santahamina on 25 April 2019. Kati Parppei holds the title of Docent in Russian History in the University of Eastern Finland, and the focus of her research is using historical narratives in building a nation and how to ground its policies. Her main topic for the seminar audience talks about the role of history in Russia’s current national narrative. 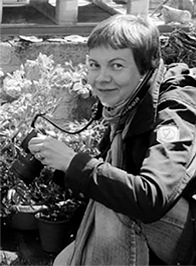 − History plays an important role in Russia’s national narrative, so those who strive to understand it, should know something about the imagery how the nation’s past is portrayed. Likewise the enemy representations and geopolitical discourses of the part might help to perceive how Russia sees its position in the international community today, Parppei summarises.

The Importance of History in Explaning the Perceptions of Today

Kati Parppei reminds us that formation of today’s mentalities and enemy representations has been a long process, where also older history and for example the medieval image of the world have also played a central role. She states that when discussing national narratives, the emphasis is often on contemporary history, whereas in reality it is a long process that is made up of different continua and layers.

− Even older history is not just some detached curiosity, especially when researching the construction of national narratives. Understanding this aspect brings new dimensions also to understanding discourses in the current time, Parppei clarifies.

Enemy Representations Have a Role in Maintaining National Unity

Parppei brings forth the historical backgrounds of security policy ideologies. Using representations in security policy discussions traces its roots far back in history. She states that Russia’s "medieval" dualistic way of describing conflicts was transferred into the nationalist history writing in the 1800s, and some of it can be seen even today.

− The today often heard idea that Russia never starts conflicts, but merely defends itself and its interests against a threat has existed in a very similar form, already in the 19th century, Parppei describes the development of the narrative.

She also talks about the "correct way" to portray history, which is typical in Russia. It, for example, challenges the history perspectives of the neighbouring countries and accuses other countries of falsifying history, particularly using the events of World War II as the framework for its perspective.

− You could interpret that "fascism" has in this way been solidified as a potential threat − and as an enemy representation − also in the modern age; enemy representations have a role in maintaining national cohesion, which is something that Russia has its own challenges in, Parppei surmises.

−Most of all, I am looking forward to a multidisciplinary, interesting discussion after which all parties are slightly more knowledgeable and have some new perspective into understanding the issues, Parppei sums up.

The seminar is full. You can, however, watch the seminar free online by clicking this link or going to Facebook/Maanpuolustuskorkeakoulu. The broadcast starts on Thursday 25 April at 09.00. Seminar recording will be available on Youtube /Puolustusvoimat and mpkk.fi, in a few days after the seminar. The seminar language is English.