Today, on the 4th of June, we celebrate the Flag Day of the Finnish Defence Forces. It is tradition to present decorations and promote military personnel and reservists on Flag Day. 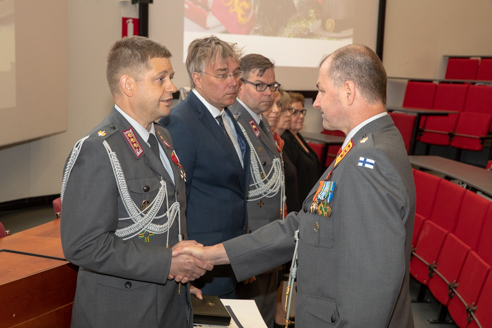 The President of the Republic has promoted the following persons serving in the National Defence University on 4 June 2019:

At the National Defence University, the decorations conferred by the President of the Republic were presented to the following persons:

Knight, First Class, of the Order of the White Rose of Finland Professor Jouko Kari Vankka

Medal, First Class with golden cross of the Order of the White Rose of Finland Course Secretary Marjo Anitta Korkeamäki

The President of the Republic has conferred the Medal of Merit for Public Service on the following persons:

The Commander of the Finnish Defence Forces has conferred the Medal for Military Merits on the following persons:

Awards issued elsewhere than in the National Defence University 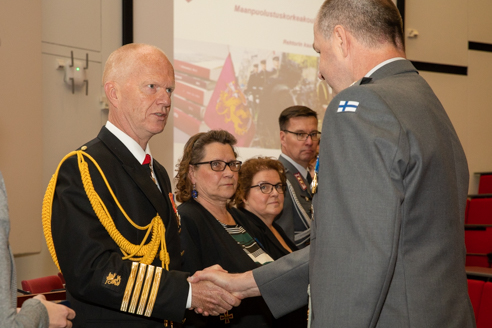 Congratulations to those promoted and decorated!