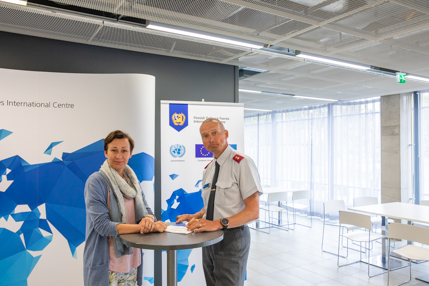 Finland's first centre for peacekeepers’ peacekeeping operation training was established in 1969. It was called the UN Training Centre Headquarters. In 2001, the name was changed to the current name, the Finnish Defence Forces’ International Centre (FINCENT).

Finland took part in its first UN peacekeeping operation over 50 years ago along the Suez Canal in 1956. In those days training was very much ad hoc. The Commandant of FINCENT, Lieutenant Colonel Harri Uusitalo, tells us that when it became clear that the need for training was only going to increase, a headquarters for the UN training centre was established in Niinisalo.

– Finland was accepted as a member of the UN in 1955 and already the next year we were contributing to the peacekeeping activities in the UNEF (United Nations Emergency Force) 1 operation at Suez. As a small, neutral and developing country, Finland wanted to do its bit and be an active contributor within the UN. We were fortunate enough not to get involved in the tensions of global politics at the time and were therefore a suitable country for developing and promoting crisis management training, Uusitalo explains.

This development has been done through international cooperation right from the start, starting with Nordic countries and expanding from there. FINCENT has openly and willingly wanted to share its know-how to the world, the UN having decided to establish more training centres. Every year, tens of Finnish instructors take part in crisis management training around the world.

– Many of the experts sent by Finland either work or have worked at FINCENT and are now sharing their expertise with the international community. Fifty years down the line, we are beginning to reap the benefits of this effort; crisis management training is readily available on a global scale, Uusitalo says.

In addition to actual training, Finland contributes to the overall effort of achieving the UN’s peacekeeping objectives by taking part in the development of the UN’s book production, standard operating procedures and training events. 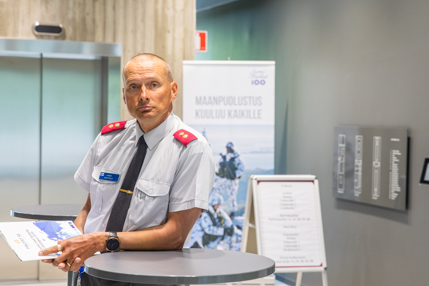 The UN MEM course in August trains soldiers to serve as military observers in UN peacekeeping operations. The course will be FINCENT’s second UN MEM in 2019. It will have 42 participants from 24 countries. Gender equality will be almost 50/50 on the course with 23 women and 19 men. Through its training, Finland strives to achieve the UN’s aim of boosting the proportion of women taking part in peacekeeping operations to 15 per cent.

– Of course we give fair and equal treatment on all our courses and equality is something we emphasise. But our starting point is that we provide the services and fulfil the duties given to us by the UN so that the proportion of women serving in military and civilian tasks can be increased in operations, Uusitalo explains.

The UN encourages women to take part in crisis management courses by financially supporting their participation. Finland (through FINCENT) provides such financial support, as do other countries, such as Australia, Canada, Norway and Denmark.

Course Secretary Niina Kaltiainen adds that the Permanent Mission of Finland to the UN in New York actively seeks to raise awareness of this possibility for sponsoring. As a result, 19 of the participants on August’s course will be sponsored by various countries. In addition, the proportion of female instructors on the course will be significant.

Kaltiainen tells us that the course will be organised in cooperation with several brigade-level units. The three-week course will include a week of field exercises in Niinisalo, and this will involve the support of, among others, Pori Brigade and Utti Jaeger Regiment. The last week of the course will bring together the participants of UN MEM and the participants of the Crisis Management Centre’s (CMC) Civilian Crisis Management Course where all will practice civil-military cooperation together through various practical exercises.

Not only do the participants make the course international, but the instructors as well. UN MEM will have several instructors from Nordic countries.

– Our course participants will get a feel for what it is like working with civilians and those from CMC's course will experience what cooperating with soldiers is like. Civilians and soldiers have very different ways of doing things and that is why people especially appreciate this type of exercise, Kaltiainen explains.

Doing things together - this is something that comes across in everything at FINCENT: knowledge is readily shared and learning is seen as a continuous process. Finland sets the example for how to bring together different actors in crisis management. This is a fairly recent phenomenon in peace building and crisis management, say both Kaltiainen and Uusitalo. Twenty years ago there was virtually no cooperation between different parties, such as between civilian and military organisations, in a crisis management environment.

– The starting point now is that in crisis management you cannot solve problems on your own. You must, therefore, be able to cooperate. The dialogue between authorities in Finland is effortless and we are capable of working together, regardless of whether we are civilians or soldiers. Elsewhere the channels of cooperation are more convoluted and cooperation between different authorities isn’t a given. To sum up, Finland knows what it’s talking about and has a good basis from which to develop and foster such extended cooperation.

FINCENT will celebrate its 50th anniversary on 23 October 2019 by organising an international seminar. The seminar will be streamed online.

FINCENT is organising several events during the course of 2019 to celebrate its anniversary. These can be followed on social media (@FINCENTFI and @MPKKFI) and updates are available on FINCENT’s and the National Defence University’s websites.